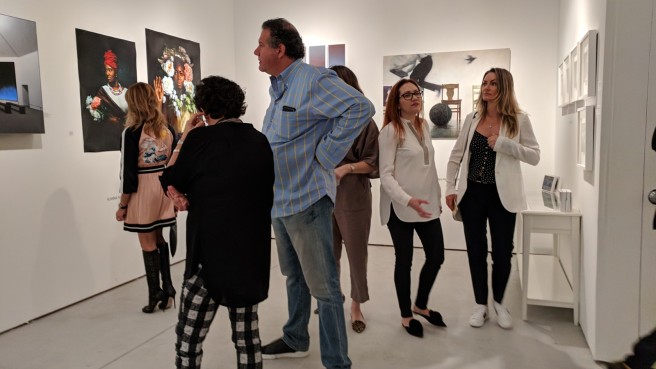 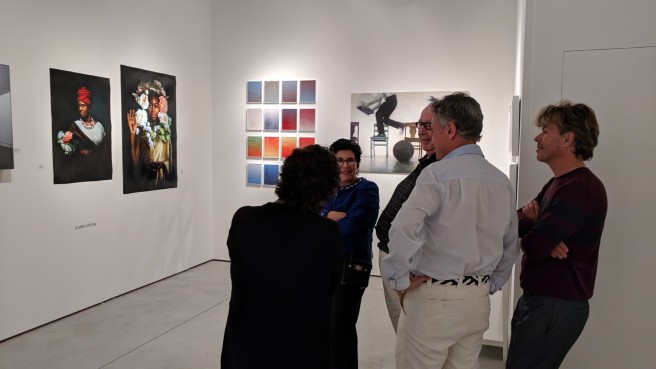 We would like to extend a big thank-you to everyone who joined us yesterday for the VIP Preview of Art Miami! Opening night is always a great time spent talking about our featured artists. The first day of public hours begins today at 11:00 am. You will discover new work by three of our featured artists, as well as new bodies of work by our represented artists. Read on to learn more about Michael Koerner, Robert and Shana ParkeHarrison, and Gregory Scott! 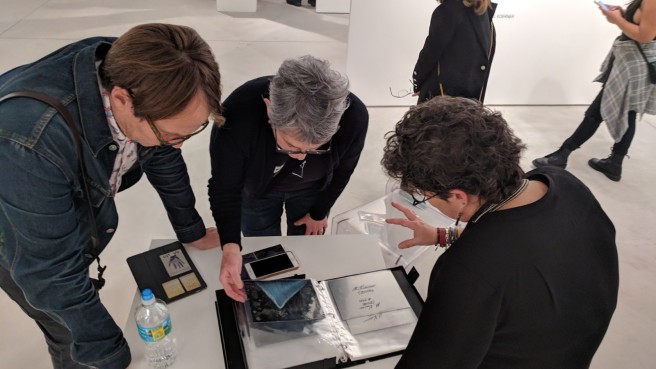 Michael Koerner (Okinawa, Japan, 1963) is the oldest of five brothers. Due to genetic abnormalities and cancer, he is the only remaining living son. His brothers’ fates (and potentially his own one day) can be linked to their mother, who was eleven years old on August 9, 1945 when the atomic bomb was dropped on Nagasaki. She lived in Sasebo, Japan, 45 miles away from the blast. The long-term effects of severe, acute exposure to gamma radiation led to his mother’s death at an early age, and all of his brothers. Koerner’s work explores his family history and genetics through small tintypes, using photographic chemistry to assimilate the bursts and biochemical fallout from the atom bomb.

Koerner’s 6 x 8” tintypes seduce the viewer with glistening deep blacks, metallic silvers, and odd green, yellow and blue hues, to talk about disease. By blowing through a straw, or dripping chemicals from an eyedropper onto tin plates, Koerner manipulates collodion to create sunbursts, explosions, amorphous shapes, and double helixes, all of which reference his family history. In Waterfalls we see vibrant blue chemical drippings, reminiscent of pieces by the 18th c. Japanese artist Katsushika Hokusai; in Phases small balls float across the sky, resembling shooting stars; in Finger Prints, the repetitive imprint of the artists fingertips suggests a medical scan or disease.

Michael Koerner started showing his tintypes less than two years ago, and is part of numerous collections including the Sir Elton John Collection (Atlanta, GA), Nelson-Atkins Museum of Art, (Kansas City, MO) and the Norton Museum of Art (West Palm Beach, FL). We are honored to present his first solo exhibition and believe it is a fitting way to close out our 31 years in River North.

We have focused on a key inspirational source of our work over many years: Performance Stills and Stills from Cinema.

Our work has always relied heavily on research. Key within that research has been perusing film and performance stills of works ranging from Brecht, Beckett, Cunningham, Rauschenberg, Postmodern Dance, Experimental theater and Cinema. We find viewing stills to be central to igniting our creative engines. These images allow us to Ponder the totality of the past performance, without knowing the fullness of the event. It is like a spark of magic. This incompleteness allows us to begin the dreaming process. Within this dreaming we find our own story, our own meaning. And from that point new images form.

Each image in the series is one-of-kind. 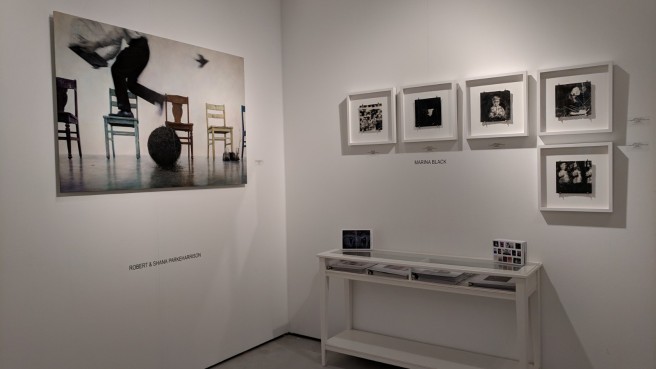 This year at Art Miami we are debuting a new piece from Gregory Scott titled, Basquiat Dreams. Gregory tackles Jean-Michel Basquiat, who first gained recognition as part of a duo graffiti team named SAMO, popular from 1977-1980. He went from being homeless at the age of 17 to major success within a few years. His fame is often credited to his blending of text and image, which tackled racism, classism, colonialism and celebrity, while staying true to his street art roots. The result was more than 600 paintings and 1500 drawings, all done before his untimely death at the age of 27.

Many references to Basquiat’s life and works can be seen in Basquiat Dreams. The video starts with numbers, which reference the date of his birth and death, and the highest price paid for one of his paintings. From there, Scott eludes to SAMO, skulls, figures and markings, among other known Basquiat symbols. The result is a poetic and spirited homage to an artist whose genius was cut short, but lives on as an inspiration.

You can see work from all the artists featured at booth #211 here.
For more information on the fair, visit www.artmiami.com.