Installation of two exhibitions has been underway at Catherine Edelman Gallery this week! We are thrilled to present, Empire, new work by Lori Nix / Kathleen Gerber in their second exhibition at the gallery. And in celebration of Barbara Crane’s 90th birthday, we are pleased to present The Polaroid Years, a solo exhibition featuring some of her best known Polaroid pieces from the late 1970s/80s including recent work from 2012. Both shows open March 2 with a reception from 5 pm to 7 pm. The artists will be in attendance. The Polaroid Years runs through April 14, 2018. Empire runs through April 28, 2018.

Lori Nix / Kathleen Gerber were both born in the Midwest, in areas known for tornadoes, snowstorms and droughts. As children, these natural disasters became their playground and influenced their first collaborative series, The City. Apocalyptic in nature, this series imagined an interior world without people, with Mother Nature reclaiming her land abused by mankind.

In their newest series, Empire, the duo (now working under the moniker Lori Nix / Kathleen Gerber) depict exterior spaces baring the scars of climate change and unexplained disasters. Working in their home/studio, Nix and Gerber transform cardboard, foam, glue and paint into small dioramas that are photographed with an 8 x 10 camera. Often taking up to several months to complete, these large scale models of everyday places – a highway overpass, newspaper boxes on a sidewalk, sink holes in an urban city – fall victim to decay, referencing the effects of pollution and challenging our perceptions of reality, and our responsibilities within it. As they explain:

“Because the work features a model and not a real place, it creates a safe space to think about larger ideas of disaster. Devoid of people, these spaces become meditative and full of possibilities. Landscapes are more than a visual record of an environment. They also capture the emotional, sometimes spiritual, essence of a place. Empire presents a world transformed by climate uncertainty and a shifting social order as it stumbles towards a new kind of frontier. These places are eerily beautiful but also unsettling in their stillness and silence. Long ago, man entered the landscape and forced nature to his will. Once grand and emblematic of strength and prosperity, these landscapes now appear abused and in decay, and it is uncertain how they will continue to (d)evolve.”

Lori Nix and Kathleen Gerber have exhibited their works extensively in Europe and the United States and are in numerous public collections including the Museum of Fine Arts (Houston, TX), George Eastman Museum (Rochester, NY), The Smithsonian American Art Museum (Washington, DC), Spencer Museum of Art, University of Kansas (Lawrence, KA), Harvard Business School, Harvard University (Cambridge, MA), among others. Lori Nix is the recipient of many grants including a 2014 Guggenheim Fellow in photography. 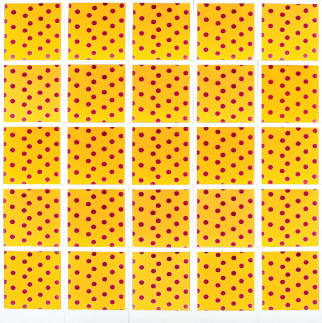 Barbara Crane is recognized as one of the leading conceptual artists to have emerged from The Institute of Design at the Illinois Institute of Technology in Chicago. With more than ninety solo exhibitions to date, including seven retrospectives, Crane has solidified her place as one of the most important experimental photographers today. For twenty-eight years she taught at the School of the Art Institute of Chicago becoming one of the most renowned educators worldwide, while consistently working on her own photography. She retired from teaching in 1995, and is currently working on several book projects.

Many of us have had a love affair with the Polaroid camera. It was the first time we instantly saw what we had photographed. The sound of the film emerging from the camera, the long wait for the image to fully appear… it seemed like magic. Barbara Crane was one of a handful of photographers who was given unlimited access to Polaroid film, allowing her to experiment and push the boundaries of the material. Several of these pieces will be on view, including some of her seminal SX-70 grids that examined repetition and its power to elevate simple patterns into majestic effects. In Polka Dots I, 1980, a grid of red dots play against a yellow backdrop, begging the viewer to see the difference between each frame. In Tucson, 1979, Crane manipulates Polaroid packfilm with a scribe, moving around the emulsion to create an outline of the subjects. And in Private Views, 1981, Crane spent time photographing at Chicago beaches and summer festivals, focusing on the people that make the city so culturally diverse. The Polaroid Years marks the return of Barbara Crane’s work to CEG, where it was first exhibited in 1989, shortly after the gallery opened. We are thrilled to celebrate this milestone with her.

Barbara Crane‘s work can be found in numerous collections worldwide including George Eastman Museum (Rochester, NY), The Art Institute of Chicago (Chicago, IL), Museum of Modern Art (New York, NY), Library of Congress (Washington, DC), Museum of Contemporary Photography (Chicago, IL), Bibliotheque Nationale (Paris, France), Museum of Photography (Thessaloniki, Greece), Amon Carter Museum of American Art (Forth Worth, TX), among others. She is the recipient of two National Endowment for the Arts grants in 1974 and 1988, a John Simon Guggenheim Memorial Fellowship in Photography in 1979, as well as many other grants and honors. Her archive will be housed at the Center for Creative Photography (Tucson, AZ), allowing the public and educators an opportunity to study her work in perpetuity.

See each of the exhibitions in full on our website.