Jan Kaesbach consistently surprises people who visit the gallery. His portraits contain over 3,000 still shots that, shown in succession, create a 3 to 4 minute video loop of his subjects. Showing the videos on a monitor is really the only clue to the viewer that these pictures are in fact, moving, not just illuminated.

This ongoing series is called People of the 21st Century, in homage to August Sander, who was known for his portraits typifying everyday tradespeople at the turn of the 20th century.

Jan’s newest portraits are of painters; you can see a few of them below. Visit us at AIPAD, March 29 – April 1 to see People of the 21st Century in person! 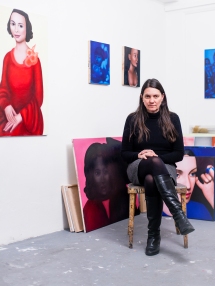 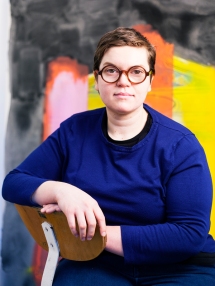