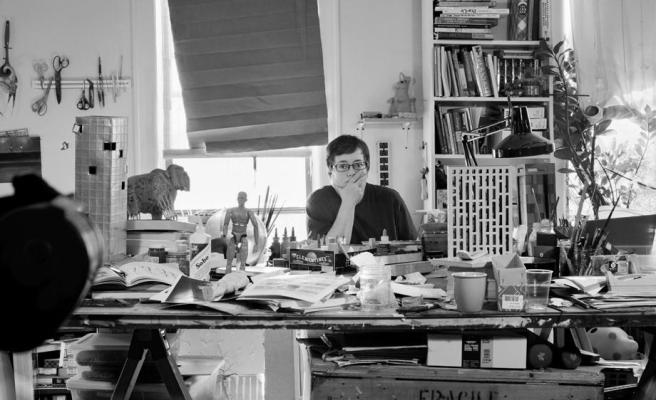 Ever ask yourself what the world would look like without humans? Brooklyn based photographer and artist Lori Nix constructs post-apocalyptic dioramas of crumbling theaters, deserted subway cars and decaying spaces. Nature creeps into her fabricated environments illustrating abandoned and desolate lifelike scenes.

Lori Nix is influenced by 19th century painters’ depicting ideas and theories of romanticism and the sublime. Lori’s aim throughout her work is to “create a state of mind and express intense emotions either through beauty or horror… with a touch of humor.” After photographing the scene,  Lori takes apart her diorama making the final piece of art the photograph.  Her latest photograph in her series The City is Observatory, 2015.

…(in) The City, I have imagined a city of our future, where something either natural or as the result of mankind, has emptied the city of its human inhabitants. Art museums, Broadway theaters, laundromats and bars no longer function. The walls are deteriorating, the ceilings are falling in, the structures barely stand, and yet Mother Nature is slowly taking them over. These spaces are filled with flora, fauna and insects, reclaiming what was theirs before man’s encroachment…I am afraid of what the future holds if we do not change our ways regarding the climate, but at the same time I am fascinated by what a changing world can bring. – Lori Nix 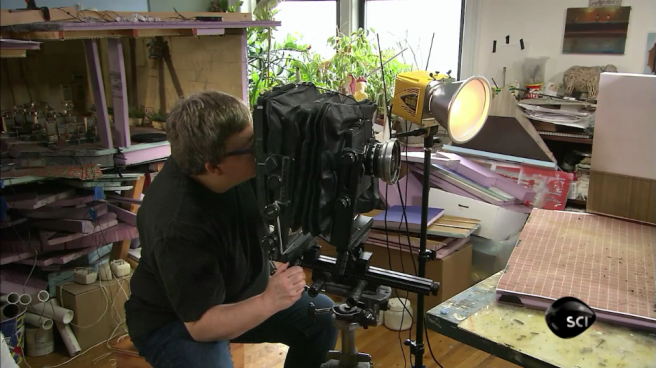 See more photographs by Lori Nix on our website, or watch the Discovery Channel’s studio documentary!